We were open during Marseilles Fun Days and to celebrate Seattle Sutton's 90th Birthday.  Train rides and new exhibits including a wedding gown Seattle sewed for herself.

The Museum opened for a fall harvest event, featuring a demonstration of an antique corn sheller machine.  These machines were produced by the Marseilles Manufacturing Co, which was later purchased by John Deere.

Robert Nelson presented Purple Heart awarded to his uncle Ernest J. Atchley Jr., and told the story of how Ernest was lost at sea during WW-II.   A Flag folding ceremony and salute followed.  Read more in the Ottawa Times. 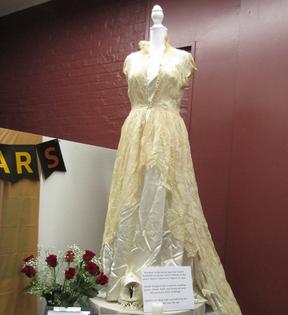 Our Veteran's Day 2019 event honored Marseilles veterans involved in the Vietnam war.  Hank Roe of the American Legion helped us understand those times and better appreciate the service of Vietnam veterans.

At this event seven Marseilles churches shared some food and interesting history of each church.

We have archived their stories here:

We are resuming Museum events.   Here is what's planned:

On Veteran's Day 2018 we met at the Museum to honor our Marseilles veterans.   Their stories, and an introduction by Hank Roe of the American Legion, are archived here:

The Museum's scheduled events are listed here.  It is also accessible by appointment as a place to host your visitors and show our collections during reunions or other community events.  Contact us (phone 815-795-7976) to arrange a time for your group's visit and share our amazing history. 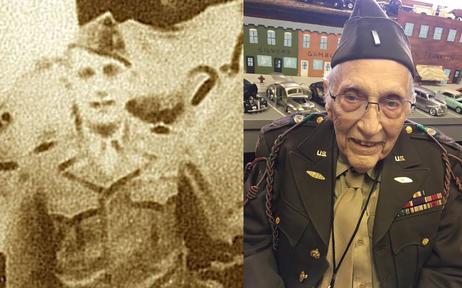 The Seattle Sutton Marseilles Museum hosted a program to remember a very well-known past Marseilles resident, John Armstrong.  John was born in Marseilles and served Fire Chief from 1941 to 1975.   Watch the video to hear stories about John as told by his daughters Eleanor, Ruth, Pat, and Lori.